My original intention was just to write review solely based on Penn Conflict: Its features, pros and cons and just to introduce this spinning reel to people who are looking for a new one. However, knowing that I have recently reviewed the very popular Penn Battle II. I decided to create this review as comparing one vs the other to see how Conflict matches up to the Battle’s second version. 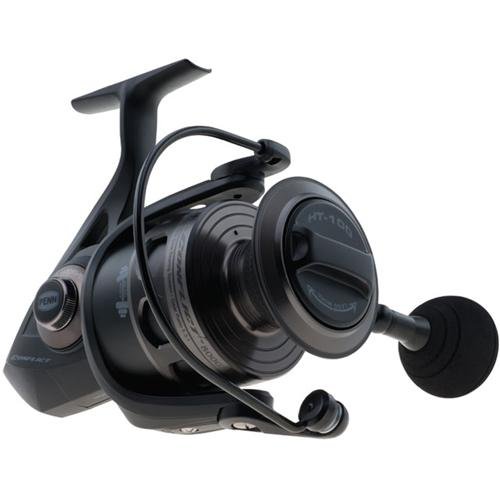 They can be considered quite similar reels. Both are primarily made for inshore, technical anglers but both can come in sizes that are suited to offshore angling too. Conflict costs a bit more however overall they stay in mid-price category ( $100 or slightly more).

We all know that the Conflict remained and was designed to be better reel than original Battle but does it fit to the mix after the second edition was launched?

Like Penn Battle II, it comes in sizes between 1000 and 8000. They added the in-between version of 2500 too. Covering light freshwater category for off-shore action reels. 7+1 bearings in each of them. Gear ratios:

Like I already mentioned in reel models section, the Penn Conflict weighs 3-10% less than Battle 1&2. The biggest differences are in smaller sizes and it is tied to the fact that Penn Conflict smaller versions bodies are made from graphite.

Not shielded but sealed. Original Battle did not have it, but the Battle II does.

Considering Conflict was launched in 2013 I must say for that time it was way ahead of competition with this technology. Now others have caught up and almost any new spinning reel has line capacity rings to keep an eye on the line during busy fight and braid only spool. 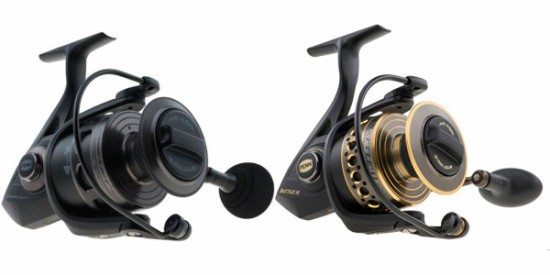 Handle knobs and each reel color are most prominent differences…

Conflict shines mostly in rotor and line management including line lay. It remains light even compared to nowadays standards. It has all the features like braid ready spool, full metal body to keep itself relevant in today’s market as well.  Another thing I like is the handle which is made from EVA foam knob. Very comfortable to fish even on a colder day

In addition, the whole stealth black looks great and can be buying factor for those who value bling.

Now, there is one small aspect that should be improved. Instead of anti-reverse roller bearing, it has a bushing. This little flaw can decrease the overall corrosion resistance a bit.

When getting back to the original comparison mission I must say that the updated Penn Battle II is pretty much identical to Conflict. Yes, the latter has slightly lighter weight and reinforced rotor for more reliability when fishing for stripers, redfish or especially tuna. However on average it costs $20 bucks more.

At the end of the day,  it eventually becomes your choice of whether you value or even need those extra features for $20 bucks. If you do, then by all means go with Penn Conflict. If not, then you already should know which one to buy, unless you love wasting money.